This is the first in our three part series on Baltimore's water and how it relates to brewing beer. Follow these links for information on municipal treatment or water content analysis.

Beer! What is it?

As brewers, we often think of our beers as a recipe: a combination of malts & sugars, hops, yeast, and other flavorings. We talk of phenols, esters, and aromatic compounds that play with our grain bill to produce finished beverages. Our beers can be barrel aged, fruited, dosed with brettanomyces or finished with tinctures of cocoa & vanilla. Yet, when we break a prototypical beer into some very basic categories one item dominates. 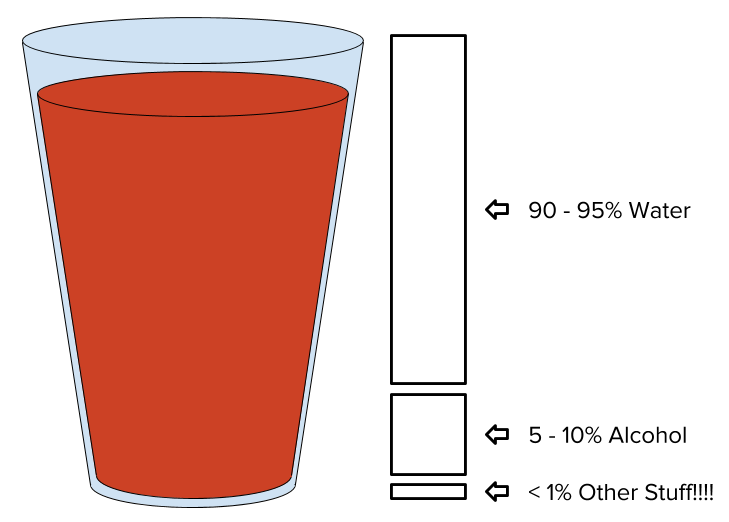 It’s fair to say the other parts of beer add strong flavors and aromas to the drink, driving the character of our finished homebrew.  Still, no matter how we choose to craft our recipe and handle the production all those ingredients and processes must sit upon a canvas of water.

The water you brew with has a measurable effect on your final product. It drives interactions in the mash (pH) & boil (break, hop utilization) and affects flocculation & other cold-side processes. It contains flavor ions that contribute character (calcium, sodium, magnesium, sulfates, and chlorides) and shape the profile of the beer.

So what does that all mean to us as homebrewers? There is a boatload of literature and a heap of anecdotes detailing how water affects beer. Baltibrew even had a QC technician from a local brewery come out to give a talk on his philosophy regarding water treatment. For the modern homebrewer information and opinions on how to handle your water abound.

So what about Baltimore's water?  It turns out Baltimore water has a reputation as great brewing water!

Let’s dig a little deeper into this aquatic topic. Where does this water come from? How does it get to our faucets? And what’s in it, anyway?

The Baltimore municipal waterworks draw water from three sources, all of which are surface water. The big name in the mix is Loch Raven Reservoir. 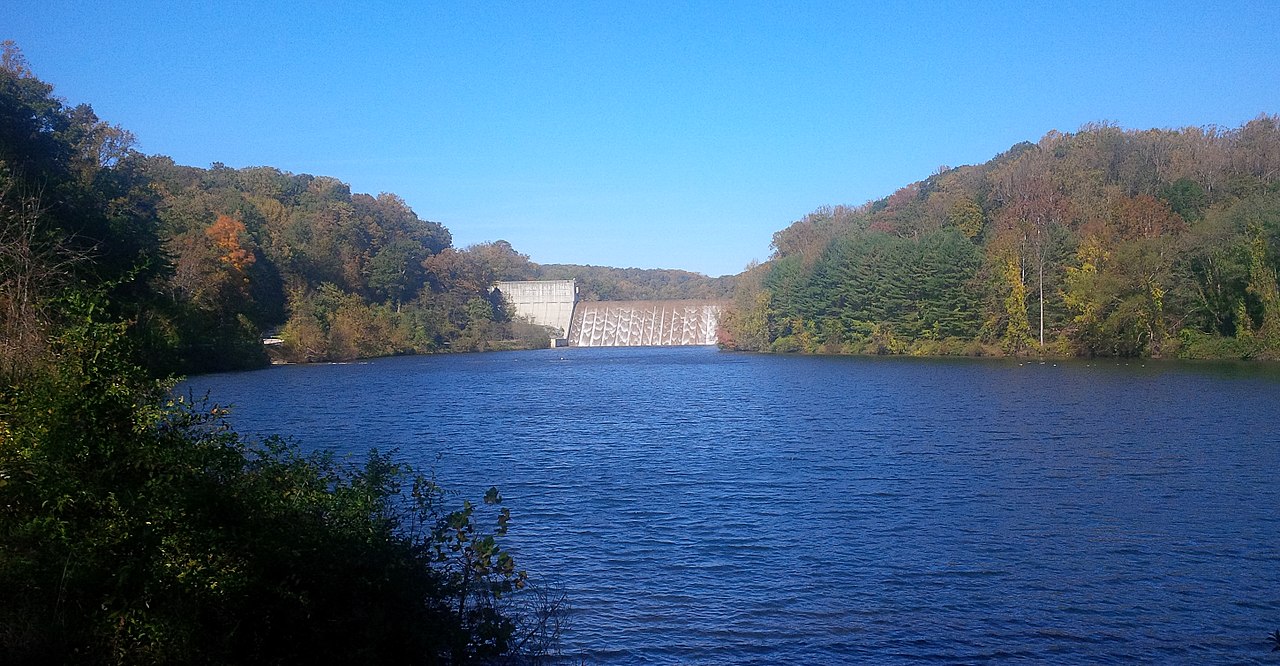 Loch Raven Reservoir and dam. It provides drinking water for the City of Baltimore and most of Baltimore County, Maryland.

Located just north of the city, Loch Raven Reservoir and the upstream Prettyboy Dam impound the waters of the Gunpowder Falls. Prettyboy’s function is to keep the level in Loch Raven constant, important because this water is fed to treatment plants via gravity. The two dam system ensures there is enough pressure on the water for it to make the trip via underground pipeline for treatment at one of Baltimore’s filtration plants.

Next up, Liberty Reservoir. 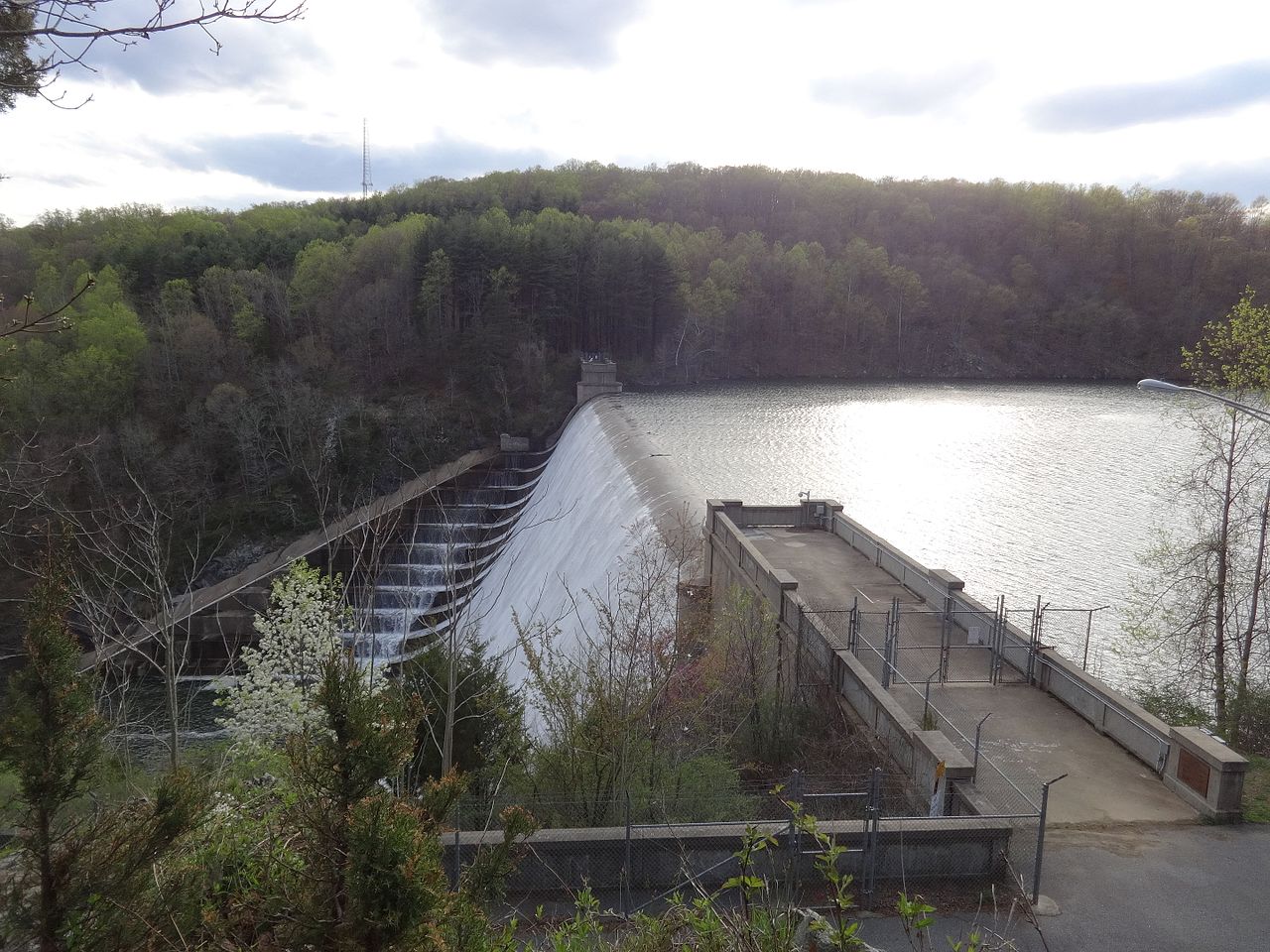 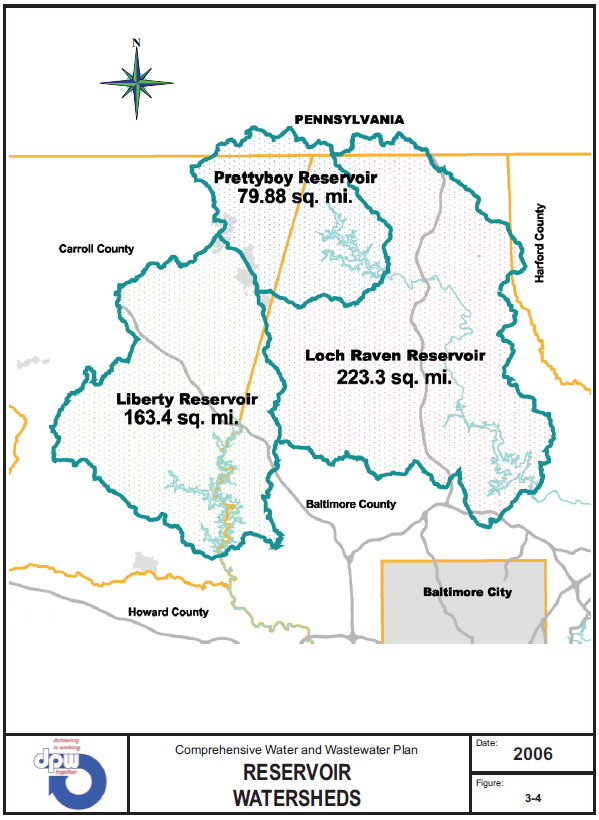 A map of the Baltimore reservoir watersheds. (2006)

Finally, a pipeline arrives from the northeast that can pump water south to Baltimore from the Susquehanna River. Currently, the Department of Public Works only draw from this source during periods of high demand or drought. Projected growth of the region forecasts the need to pull water from the Susquehanna on a regular basis by 2025. These sources hold 86 billion gallons of fresh water for city and parts of the surrounding counties. They represent over a century's worth of public works projects to secure a quality and consistent water supply for the city.

The history of Baltimore's public water supply goes even further into the past and features a name not typically associated with clean, tasty water. The city's first successful water distribution system pulled from the pristine, picturesque...Jones Falls. 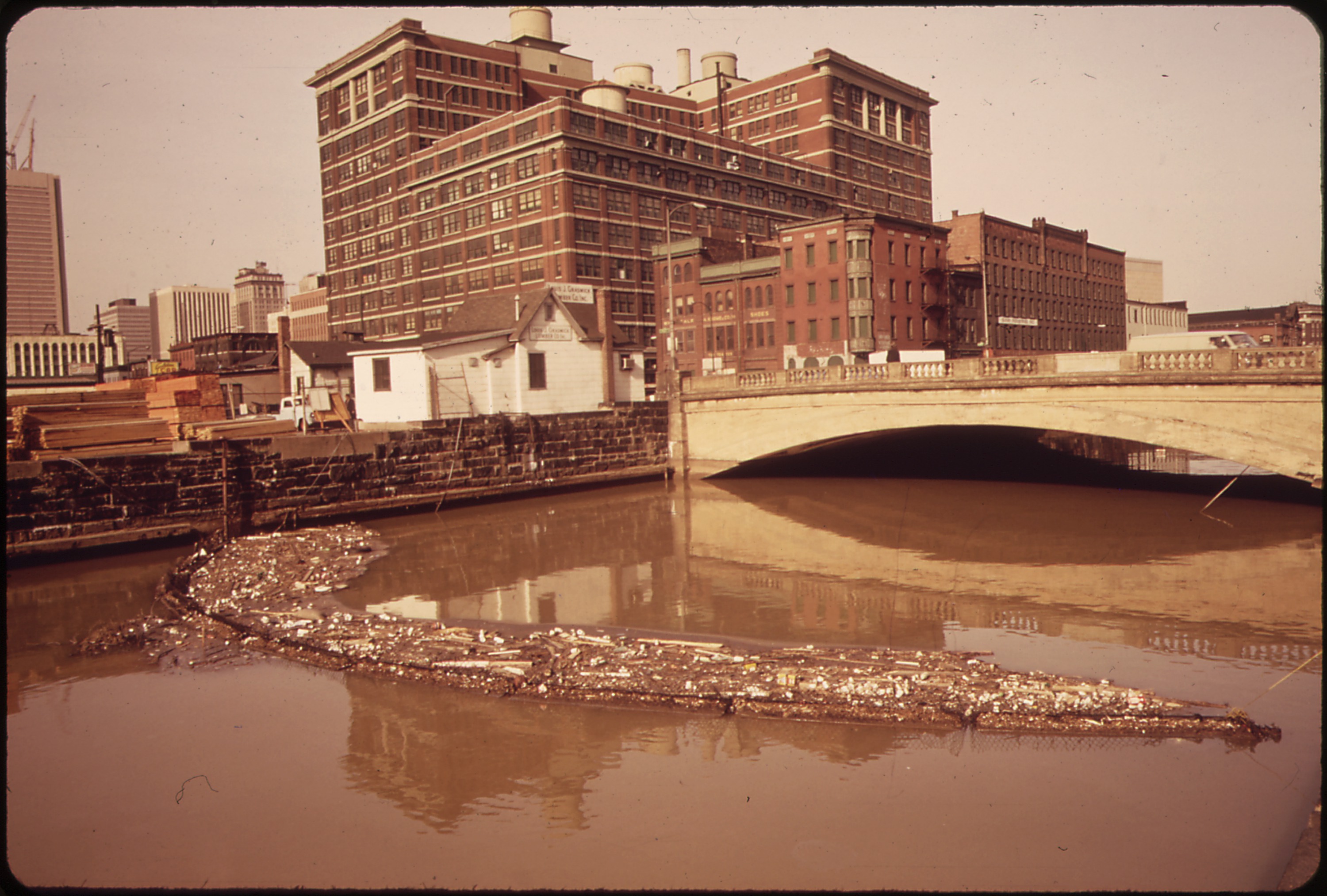 A screen placed across Jones Falls traps trash and keeps it out of Baltimore harbor. Although not foolproof-a heavy rain can break the screen-it is effective when cleaned regularly.

Over 200 years ago it looked a bit different (and modern restoration efforts of the Jones are ongoing).

Cut and bridge on the railroad at Jones Falls, Baltimore.

After several failed legislative attempts to create a public waterworks (starting in 1797) a stock company was formed in the early 1800s that impounded the Jones at Calvert & Center Streets. This company improved many aspects of its water system and was eventually sold to the city in 1854 for the sum of $1.35M. Public expansions of the system continued.

The Druid Hill Reservoir was completed in 1873. The Gunpowder Falls was captured in 1881 with Loch Raven Dam completed in 1915. In response to public health concerns the city began chlorination of its supply in 1910. The Montebello Filtration Plants (I and II) went online in 1915 & 1928. To keep up with demand the Liberty Dam was completed in 1954 and the Ashburton Filtration Plant began its operation in 1956. The system now produces 360M gallons of drinking water every day to meet the needs of its residents and business, a true feat of modern engineering.

As Baltimore area homebrewers if you start your brew day by opening the faucet to fill a kettle these are the waters you pull from. Every time we crack a homebrew it is the end of a long journey down the Gunpowder Falls & Patapsco Rivers and through a public water system designed & built over hundreds of years.  A journey that passes through our recipes, our kettles & carboys, and ends right in our glass.

Next up: Baltimore's Water: The Journey!